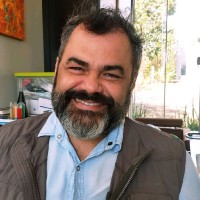 Galectin-1 (GAL-1) is a 14kDa lectin, with a high affinity to carbohydrates (beta-galactoside and lactose), expressed different tissues but with a considerable amount of mRNA and protein expression in endometrium and placenta (in trophoblasts, stromal cells, villous endothelium, syncytiotrophoblast apical membrane, and villous stroma, maternal decidua, and fetal membranes), and in fetal membranes (amnion, chorioamniotic mesenchyma, and chorion), considering different mammals’ species, including humans. (GAL-1) has been cited as a mediator involved in preventing early embryonic death in mammals and in maternal-fetal tolerance (both innate and adaptive), associated with regulation and modulation of the immunological responses and adherence to the endometrium. It also contributes to placentation, controlling the development, migration, and trophoblastic invasion, essential in early gestational development .

Marcelo Roncoletta is a Veterinary by profession and works with proteins related with fertility since 1994. His MSc. and DR. study involved seminal plasma and sperm membrane proteomics profile related with bull fertility. Since 2008 is head of research in Inprenha Bioctencologia, a Yoni Group company, develop products to the Veterinary Assisted Reproduction Market. In 2011 help to deposit  world a patent indicating  galectin-1 as a tool to improve the success of a pregnancy in mammals.  Since that, works with innovation introducing other proteins related with male and female fertility in semen extender development, and other products that can help in improvement the fertility and reproduction in mammals. 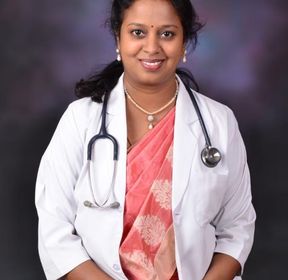 Title: What more to look for in fetal ventriculomegaly?

Dilated lateral ventricles (ventriculomegaly) in the fetus is one of the commonest abnormal findings during the midtrimester target scan. It is not a diagnosis per se; but detection of dilated lateral ventricles should trigger evaluation of the complete central nervous system and the entire fetus.The diagnosis requires the measurement of the lateral ventricles in the correct plane to maintain universal standards.The pathology of ventriculomegaly is diverse. It may be due to a major CNS anomaly, a part of a genetic syndrome, marker of aneuploidy (most commonly trisomy 21) or a manifestation of primary TORCH infection.An invasive diagnostic test (amniocentesis) would be required to confirm chromosomal normalcy.Counselling regarding the prognosis and outcome of the condition is mandatory.

Dr. Pavithra M. Vengetesh is a senior Obstetrician with sub-specialisation in Fetal Medicine. She is the Founder and Director of KARU Advanced Centre for Fetal Care & Therapy, a unit of Dr. Sengottayan Hospital at Coimbatore, India. She completed MBBS and DGO from the prestigious institute of Madras Medical College, Chennai. She completed Masters in OBGYN from the world renowned Manipal University, Karnataka, India. She also holds a Diplomate of National Board (DNB) awarded by the National Board of Examinations, New Delhi. She pursued Post-Doctoral fellowship in Fetal Medicine and Therapy. She is accreditated by Fetal Medicine Foundation (UK). She is a member of international organisations – RCOG and ISUOG.She has more than 10 years of experience in the fields of Obstetrics and Gynaecology and Fetal Medicine. 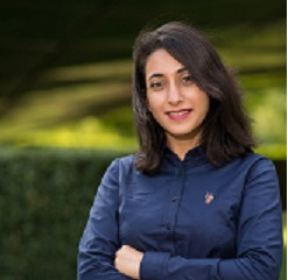 Neonatology is defined as a science of subspecialty related to pediatrics that includes the medical care especially about newborn infants, the premature or ill newborn. It is defined as a hospital – based specialty, and it is usually practiced in NICUs which is abbreviated form of neonatal intensive care units. When babies prematurely born, the bodies of them may not be ready. Their vital organs like heart, stomach, lungs, and skin may need support and help to be survived. A neonatologist can provide the specialized care that newborns need. In other cases, the newborn baby may face other medical problems that the neonatologist can help with.

Mehrasa Nikandish, high GPA (4) and last year student in pharmacy department from university of Georgia, Tbilisi. I start doing researchers from 2018 with some abstracts and articles and participate in different international conferences as the speaker. Hopefully, I was selected as the best presenter in April 2021 with the topic of the overview of gastric bypass surgery and its side effects on general health which was held virtually by university of Georgia. Generally, I published two full review articles in the ESJ journal. Also I did some researches in social media and also my friend and I create an Instagram page with the name @ourinfinity_med with more than 100k followers, there are a team behind the posts that we shared in this scientific page. Also we held some live meetings with some experts all around the world especially in medical field. This summer, in September, I was participated and presented my research work that was held by magnus team (Paris, France) with the topic of types of cancer and because of corona situation it was held virtually. I will finish my study process by end of June 2022. In my opinion science is a deep ocean and I like to discover the different parts as much as I can, so I am looking forward participating in more conferences and researches not only in pharmacy but also all the related topics in medical fields as all the information are connected to each other. 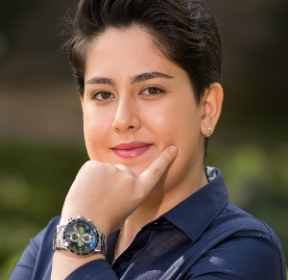 There has been a considerable rise in prenatal birth in several developed countries during the last decades. Progress in both pre-and postnatal care has led to many improvements in survival rates for low birth weight infants (less than 1000 g) recently. According to the recent statistics, development in assisted reproductive technology resulted in increasing the number of women who postpone childbirth until the age of 35 years and above in developed western countries.Late pregnancy (more than 35 years old) will increase the complications for both mother and the newborn, but these outcomes can be managed with the help of modern ante-, peri- and postnatal medicine.Decreasing the risks of complications depend on the awareness of both women and the medical team caring for them.The Covid-19 virus caused several problems for mother and newborn care, but studies have been proved that there is a low risk of transmission of SARS-CoV-2 infection from mother to fetus.There is a chance for covid-19 positive pregnant women to experience mild symptoms than the general population, so growth monitoring of the fetus would be a great approach that is recommended in their care.

Melika Alyari, high GPA (4) and last year student of dental program at university of Georgia, Tbilisi. I felt my interest in doing researches and article writing since I was first year student, so I started to write some abstracts and review articles for different journals. It is honor for me to notice that I got the chance to be presenter of papers in some international conferences which has been held by my university and I was selected as the best presenter in April 2021 with the topic of the overview of gastric bypass surgery and its side effects on general health which was held virtually by university of Georgia. Recently I attended the AEEDC dental meeting which was held in Dubai and it was first in-person event for me after a long time that I was participating the different webinars and conferences virtually. Beside of my mentioned activities, I am Co-founder of Ourinfinity_med which is a scientific page includes Medical, Dentistry and pharmacy part on the Instagram. In my opinion science is a deep ocean and I like to discover it’s different parts as much as I can, so I am looking forward participating in more conferences and researches not only in dentistry but also all the related topics in medical fields as all these information are connected to each other. 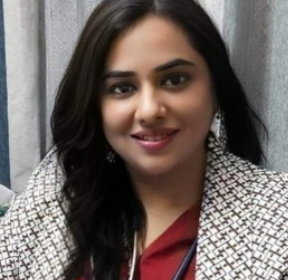 Since ages maternal serum marker screening (double marker, quadruple test) and the respective antenatal ultrasound imaging ( NT/NB scan and anomaly scan) have been the main stay of prenatal aneuploidy screening. Both methods, however, have large false positive rates, ranging from 2% to 7%.  Since its inception in 2011, millions of pregnant women in more than 90 countries have used cell-free (cf) DNA-based Non-Invasive Prenatal Testing (NIPT) to screen for fetal chromosome abnormalities and gene mutations that cause a variety of genetic disorders

Khushboo Srivastav is a fetal medicine specialist and an obstetrician gynecologist working in Kathmandu, Nepal. She did her MBBS from Manipal College of Medical Science in 2008 followed by MS (Obstetrics and Gynecology) from BPKIHS Dharan, Nepal, in 2016. She went on to obtain a fellowship in Fetal Medicine from Banglore, India. She has more than five years experience in Obstetrics and Gynecology and more than two years experience in Fetal Medicine. She has presented in many reputed national and international conferences including RCOG (2017), AICOG (2018), RCOG (2019), Fetal Cardiacon (2019). Recently, she was one of the speaker for fetal planery session in Nepal’s national Obstetrics and Gynecology congress- NESOG.

Andreea I Gorcea and Nicolae Suciu

Statement of Problem: The vein of Galen aneurysm represents a complex malformation including multiple arteriovenous fistulae located at the midline of the brain, close to midbrain. Even rare, VGA is the most common diagnosed vascular prenatal malformation of the brain. In fact, VGA is a persistency and dilatation of the precursor of vein of Galen, the median prosencephalic vein of Markowski. Methodology: 32 year pregnant woman, G2P1, 23 weeks, was referred to our FMU for an amniocentesis due to an increased nuchal fold at the anomaly scan. The second opinion scan detected a large cystic structure above the thalamus in the midline of the brain, close to the third ventricle, with turbulent color Doppler flow, high velocity/low resistance. Results: Additional finding was the presence of cardiomegaly as a direct sign of cardiac failure. Taking into account the early gestational age, the magnitude of the shunt and the associated factors (cardiomegaly, enlarged neck veins) the couple was counseled about the poor prognosis due to imminent cardiac insufficiency (early signs), leading to a high rate of intrapartum and postpartum morbidity and mortality or the potential mental and physical impairment. Conclusion: VGA is a rare condition with high morbidity and mortality rates when associated with other complications/ abnormalities. The prognosis is directly linked to these complications. The particularity of the case is the earliest diagnosis of this condition until now (23 weeks), usually diagnosed in the third trimester and the magnitude of the shunt with early signs of cardiac failure. 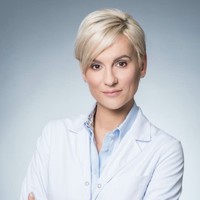 Holds a second degree specialisation in gynaecology and obstetrics. Defended her doctoral thesis on the treatment of patients with ovarian cancer with honours. Author of numerous publications in industry and popular journals, co-author of obstetrics and aesthetic gynaecology textbooks. For her scientific work she was awarded the First Degree Didactic Award by the Vice-chancellor of the Medical University of Warsaw. As an expert, she is often invited to appear on popular TV programmes. She performs procedures and surgeries using modern endoscopic techniques, as well as classical and plastic gynaecology methods. She provides antenatal care, assists in the birth and performscaesarean sections making sure that each mother feels safe, and is aware of the professionalism of people caring for her and her newborn baby. 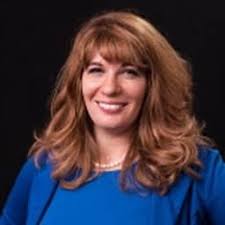 President and Founder of CDH International, a 25-year-old non-profit to advance research and collaberation of Congenital Diaphragmatic Hernia, standardize treatment universally and raise the survival rate of this devasting birth defect 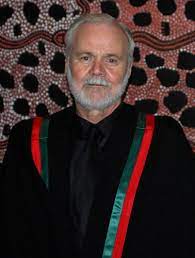 Michael J Sinosich established the Division of Prenatal Testing within Sonic Clinical Institute in 2002. Michael is an internationally respected investigator in early pregnancy well-being. He has published extensively in peer reviewed journals and presented numerous papers at local, national and international forums.

Katarzyna Stefanska is currently working as a Doctor and Teacher at the Department of Obstetrics of Medical University of Gdansk, Poland. She is interested in perinatology and fetal-maternal medicine, especially in pregnancy induced hypertension-the immunology of PIH, the importance of HLA eplets mother-fetus incompatibility in the pathogenesis of PIH and rare diseases coexisting with PIH-mastocytosis.