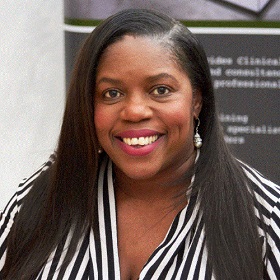 Title: The Title Gene Therapy the era of the Hematopoetic stem cell

Since the knowledge of DNA was established, scientists have been working on ways to alter genetic material in order to prevent, treat, or cure medical conditions. Despite gene therapy still being fairly experimental in its applications, it has the potential to completely change the therapeutic industry and could stand as an alternative to drug administration or surgery. In recent years, a new era of gene therapy has arisen, involving hematopoiesis stem cells (HSC), also known as blood stem cells. These are immature cells located in the red bone marrow and peripheral blood. They have the unique ability to develop into all types of blood cells in a process called hematopoiesis In addition, HSCs are able to repeatedly renew themselves, allowing them to be grown in large numbers in the laboratory before being differentiated into specific tissue types. This intrinsic phenomenon is being used as an asset in treating inherited cancers of the blood or bone marrow via transplantation of grown tissues. There are different types of bone marrow/stem cell transplants. The 2 main types are: Autologous transplant (the Stem cells come from your own body) and Allogenic transplant (the Stem cells come from another person, called a donor). The donor's stem cells are given to the patient after the patient has chemotherapy and/or radiation therapy. For many rare diseases this is the only route of treatment available However, it is an aggressive procedure which can create significant short and longterm risks, as well as immune-mediated complications including fertility problems, early menopause, increased risk of developing infections, autoimmune conditions and cancer. HSC transplant using donor cells has the added complication/risk of rejection and subsequently graft vs host disease GvHD and death. As a result, scientists and pharmaceutical companies alike have been conducting clinical research trials to address the safety concerns yet make use of the unique properties of hematopoietic stem cells. Thus, the era of hematopoietic stem cell Gene Therapy has been birthed.

Lia Hunter  she studied at  Cambridge University and she became Director of  Clinnovate Ltd/ CGX Training, which is located at UK