Mingxuan Mao received the Ph.D. degree in control theoryand control engineering at Chongqing University in 2017.From June 2016 to June 2017, he was a visiting scholar in University of Leeds, Leeds, U.K., where he was engaged in research on advanced control theory and applications for renewable power generation and power electronics. His research interests include renewableenergy systems, power electronics converterand artificial intelligence algorithm. 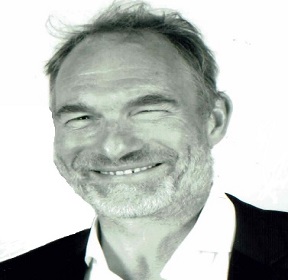 Decentral hydrogen is introduced as fast transition path to short and long-term power storage. It circumvents slow infrastructure installments and enables on-site storage and heat coupling in addition to direct use of local electric power. The power-to-gas approach is extended to small combined heat and power devices in buildings that alternately operate fuel cells and electrolysis. While their heat is used to replace existing fossil heaters on-site, the power is either fed into the grid or consumed via heat-coupled electrolysis to balance the grid power at the nearest grid node. In detail, the power demand of Germany is simulated as a snapshot for 2030 with 100% renewable sourcing. The standard load profile is supplemented with additional loads from 100% electric heat pumps, 100% electric cars, and a fully electrified industry. The renewable power is then scaled up to match this demand with historic hourly yield data from 2018/2019. An optimal mix of photovoltaics, wind, biomass and hydropower is calculated in respect to estimated costs in 2030. In most master plans, hydrogen is understood to be a substitute for fossil fuels. This talk focuses on hydrogen as a storage technology in an all-electric system. The target is to model the most cost-effective end-to-end use of local renewable energies, including excess hydrogen for the industry. The on-site heat coupling is the principal argument for decentralization here. Essentially, it flattens the future peak from exclusive usage of electric heat pumps during cold periods. Batteries are tried out as supplementary components for short-term storage, due to their higher round trip efficiencies. Switching the gas net to hydrogen is considered as an alternative to overcome the slow infrastructure expansions. Further decentral measures are examined in respect to system costs.

Paul Grunow has completed his Ph.D at the age of 30 years from Technical University Berlin and Helmholtz-Zentrum Berlin and postdoctoral studies from the COPPE/UFRJ in Rio de Janeiro, Brazil. He is the general manager of Trinity Solarbeteiligungen GmbH, an investment company in renewable energies. Before, he co-founded three companies in the area of photovoltaics based in Berlin, i.e. Solon, Q-Cells, PI Photovoltaik-Institut Berlin. He has published more than 12 papers in reputed journals. 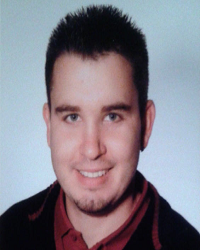 This research presents advanced remote sensing methods and techniques for monitoring and analysis of environmental development. The research deals with novel state-of-the-art technology for spatial data collection based on satellite imagery as well as unmanned aerial vehicles (UAVs). Preprocessing, classification of satellite and aerial imageries, as well as methods for the land-cover mapping, environmental monitoring, and environment development analysis will be shown and explained in real cases. Furthermore, some methods (and measures) for the accuracy assessment of the land-cover classification and remotely sensed measured and collected values will be discussed. The entire process of environmental development monitoring will be shown on real case studies. All newly developed and presented methodology was based on the open-source software and tested on the open-source data. Therefore, presented procedures can be easily used, free of charge, in the environmental development monitoring and analysis of various applications and areas around the world.

Professor Mateo Gasparovic, Ph.D. is the head of the chair of photogrammetry and remote sensing of the faculty of geodesy, University of Zagreb. As a scientist, Prof. Gasparovic actively works on the development and application of advanced remote sensing and photogrammetry methods in environmental science, geoinformation system, documentation of cultural heritage and the development of UAVs. 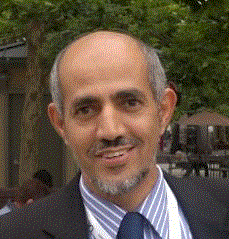 Sulaiman Alyahya is an academic professor by by profession and works with one of the govrnment univerities in Saudi Arabia. He holds a BSc in Agricultural engineering from King Saud University (Saudi Arabia) and MSc and PhD in agricultural engineering from Iowa State University(USA). Sulaiman has 30 years of experience in education, research and administration.  Curently, his main interest is in biomass energy. Sulaiman grew up in one of the agricultural cities of Saudi Arabia