Webinar on Nano-Engineering and Its Applications 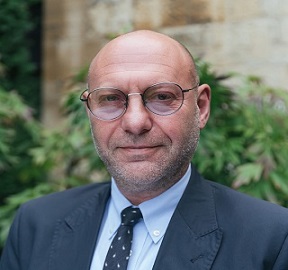 Alexander M. Korsunsky is a specialist in the engineering microscopy of materials and structures for optimisation of design, durability and performance. He has made numerous contributions to science in the areas of materials mechanics, microscopy, residual stress evaluation and modelling, eigenstrain theory and structural integrity. He founded the Multi-Beam Laboratory for Engineering Microscopy (MBLEM) in the University of Oxford, Department of Engineering Science, and Centre for In situ Processing Studies (CIPS) in the Research Complex at Harwell. His research group pursues studies of a wide range of natural and engineered materials, from flax fibres, seashell nacre and human dental tissues to zirconia ceramics and porcelain veneers, advanced aerospace alloys, films and coatings, and materials for energy. 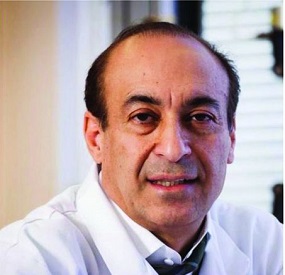 Alexander Seifalian, Professor of Nanotechnology and Regenerative Medicine worked at the Royal Free Hospital and University College London for over 26 years, during this time he spent a year at Harvard Medical School looking at caused of cardiovascular diseases and a year at Johns Hopkins Medical School looking at the treatment of liver. He published more than 647 peer-reviewed research papers and registered 14 UK and International patents. On editorial boards of 41 journals. He is currently CEO of NanoRegMed Ltd, working on the commercialization of his research. During his career, Prof Seifalian has led and managed many large projects with successful outcomes in terms of commercialisation and translation to patients. In 2007 he was awarded the top prize in the field for the development of nanomaterials and technologies for cardiovascular implants by Medical Future Innovation, and in 2009 he received a Business Innovation Award from UK Trade & Investment (UKTI). He was the European Life Science Awards’ Winner of Most Innovative New Product 2012 for the “synthetic trachea”. Prof Seifalian won the Nanosmat Prize in 2013 and in 2016 he received the Distinguish Research Award in recognition of his outstanding work in regenerative medicine from Heals Healthy Life Extension Society. His achievements include the development of the world first synthetic trachea, lacrimal drainage conduit, and vascular bypass graft using nanocomposite materials, bioactive molecules and stem cell technology. He has over 15,000 media report from his achievement; include BBC, ITV, WSJ, CNN, and many more. Currently, he is working on the development and commercialisation of human organs using graphene-based nanocomposite materials and stem cells technology. He has commercialised a novel functionalised graphene oxide for medical and other industrial applications. He also commercialised new biodegradable nanocomposite materials for medical and other industrial applications. 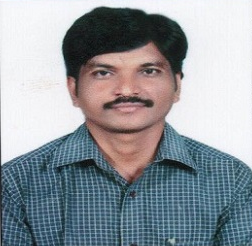 Dr. M.R.Jayapal received Ph.D. in Synthetic Organic Electrochemistry from Sri Venkateswara University in 2010 and done M. Sc. in Organic Chemistry from Sri Venkateswara University in 2005. He started as an Assistant Professor in Chemistry in Institute of Aeronautical Engineering in 2011 and as an Assistant Professor in Chemistry and Head at Narasaraopeta Engineering college in 2013. After that joined as a Research scientist in National University of Cordoba in Argentina from 2015.to 2018 .Presently working as a Talented Young scientist in YanCheng Institute of Technology in China.His interested research areas are Synthesis and Bioassay of Novel Heterocycles, A study on biologically potent Heterocycles, Synthesis of Nano particles and Synthesis ,characterization and Electrochemical behaviour of chalcones ,Isoxazolins,Pyrazolins,Drugs and Pesticides of using D.C.Polarography,Differential pulse polarography,Cyclic Voltammetry, sensitive differential pulse adsorptive stripping voltammetric method ,Electro organic synthesis etc. He has been collaborated research work with South Africa and India various researchers.Dr.Jayapal published over 20 research publications and2 text book and communicated research papers are about 3and working as an Organizing committee member and Keynote speaker in many conferences 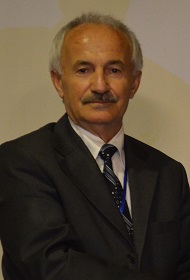 Dr. Osman Adiguzel graduated from Department of Physics, Ankara University, Turkey in 1974 and received PhD- degree from Dicle University, Diyarbakir-Turkey. He studied at Surrey University, Guildford, UK, as a post doctoral research scientist in 1986-1987, and his studies focused on shape memory alloys. He worked as research assistant, 1975-80, at Dicle University and shifted to Firat University in 1980. He became professor in 1996, and he has already been working as professor. He published over 50 papers in international and national journals; He joined over 100 conferences and symposia in international and national level as participant, invited speaker or keynote speaker with contributions. He served the program chair or conference chair/co-chair in some of these activities. In particular, he joined in last four years (2014 - 2018) over 50 conferences as Speaker, Keynote Speaker and Conference Co-Chair organized by South Asian Institute of Science and Engineering (SAISE), 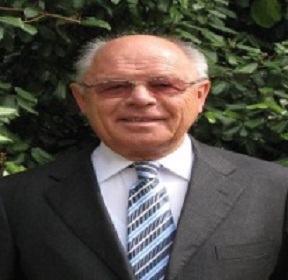