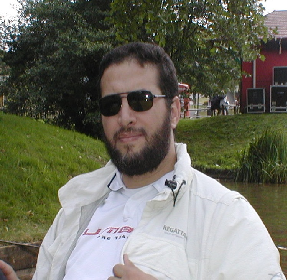 Biography: Dr. Samir Mekid is a Professor in Mechanical Engineering Department. He received his MSc and Ph.D. degrees in Mechanical Engineering from Compiegne University (France) in 1989 and 1994 respectively. He has worked with Caterpillar in Engineering Design Office. He has been actively consulting to several UK and European and recently to Dresser-Rand (USA) companies. He has been actively involved in research projects in his research areas. 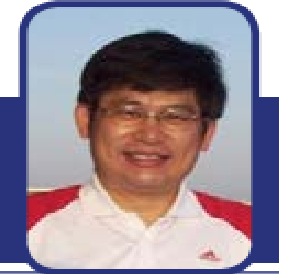 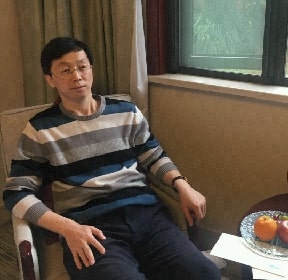 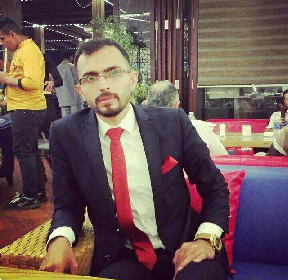 Biography: He received the B.Sc. and the M.Sc. degree in Laser and Optoelectronics Engineering from Al Nahrain University in 2013 and 2017, respectively. Currently, he is a Ph.D. Student at the University of Baghdad, Institute of laser for Postgraduate Studies, Electronics and Communication Engineering. 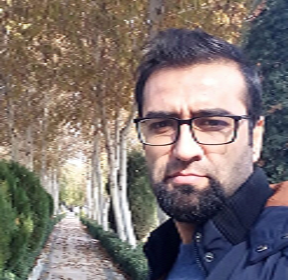 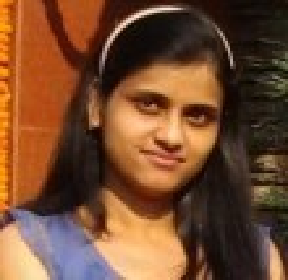 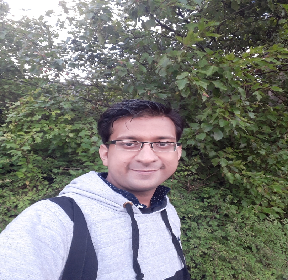 Biography: Deepak Jain is a University of Sydney Research Fellow. Prior to this, he was Hans Christian Orested confunded Marie Curie Fellow at Technical University of Denmark. He obtained his doctoral degree from Optoelectronics Research Center, University of Southampton, UK in 2015 and masters from Indian Institute of Technology, Kanpur in 2011. His area of interest includes optical waveguides and metamaterials. He also serves as Technical chair of Fiber Design and Modelling group of the Optical Society of America. 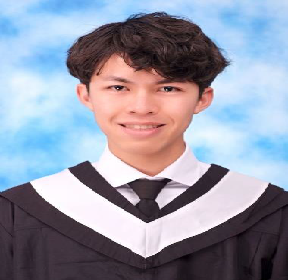 Biography: Pin-Kuan Yeh held a bachelor’s degree with a major in biomedical science in Chang Gung University in Taiwan. Now he is a master’s student with a major in biotechnology industry in Chang Gung University and study in microfluidic biochip laboratory. Besides his major, he had internship experience in Blusense-diagnostics Inc. to participate in the project of establishing production line automation with robotic arms. Furthermore, he teamed up with his classmates to participate in the International Genetically Engineered Machine Competition (iGEM) in 2017 at the Massachusetts Institute of Technology (MIT). He was passionate about research in engineering field, and he was the leader of engineering group in the team. 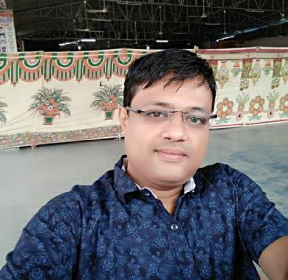 Parishkar College of Global of Excellence 0

Biography: Ph.D. M.Tech. GATE, MPhil, M.Sc. (Physics Specialization in Micro wave Electronics) B.E.D Dr. Sumit Kumar Gupta Dean, Faculty of Science Parishkar College of Global of Excellence Jaipur in the Department of physics, With over 15 years of teaching, research, and administrative experience, he has held various administrative positions as the Head of Department in various degree colleges and engineering colleges and has a vast experience of teaching in IIT-JEE Institute. 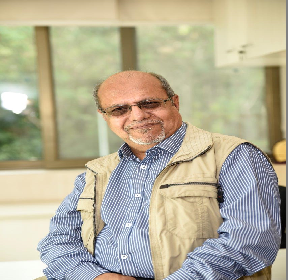 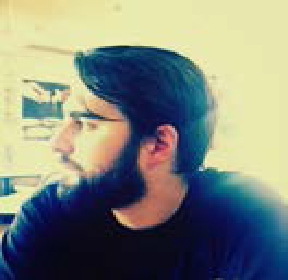 Biography: Dr. Guilhem de Valicourt received the BSc degree in applied physics from the National Institute of applied Sciences (INSA), Toulouse, France, in 2008. From 2007 to 2008, he passed the Master of Science in Photonics Devices at Essex University, U.K. In 2008, he joined Alcatel-Thales-CEA III-V lab where he was working on design, fabrication, and characterization of Reflective SOA and directly modulated DFB lasers toward the Ph.D. In 2011 he joined Alcatel-Lucent in France as a research engineer on optical communication systems and in 2014, he joined Bell Labs USA, NJ 07733 Holmdel, USA. Since 2017, he is Principal at IPG photonics, USA, NJ. His main research interests are focused on design, characterization and applications of advanced integrated photonics devices (in InP, silicon and hybrid III-V on silicon platform). He has authored or co-authored more than 120 scientific papers in journals and international conferences, 4 book chapters and holds more than 25 patents. He received the 2011 Best project award from Alcatel-Lucent, the 2012 Marconi Young Scholar award, 2015 Harm Dorren Commemoration Award and was a finalist for the ParisTech Ph.D. prize in 2012. 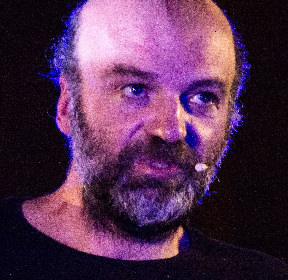 Biography: Vittorio Curri is currently associate professor at the Electronics and Telecommunications department (DET) of Politecnico di Torino, one of the major italian engineering faculties, where he is Director of the 2nd level Specializing Master Programme in Photonics for Data networks and Metrology. His current main RESEARCH interests are in the field of simulation of optical fiber links for high-speed communications. He has co-authored more than 200 scientific peer-reviewed papers. He won the IEEE Journal of Lightwave Technology best paper award in 2014 and 2015. He is member of the consortium Telecom Infrastructure Project (TIP) led by Facebook (Fb) to develop open-source code for disaggregated network equipment. 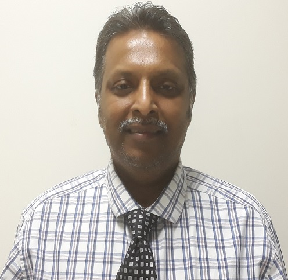 Biography: Dr Yuvaraja Visagathilagar has over 25+ years of extensive expertise and experience in academia, research and industry. He graduated with Bachelor of Engineering in Communication Engineering and Doctorate in Engineering (with a highly prestigious scholarship from the Australian Government) in 1996 and 2003 respectively from RMIT University, Melbourne Australia. His dissertation was in “Narrow-band Optical Modulator on Lithium Niobate” for telecommunication applications but it can be applied for other transceivers applications. In research and industry, he has contributed in over 40+ pier reviewed international journals and conferences. He has visited and presented at universities in USA (i.e. UCLA and UCSD), Peregrine Semiconductor Corporation and in Japan (i.e. Science and technology Organisation).He has collaborated with Defence Science Technology Organisation (DSTO) in Australia where he has contributed in the design, fabrication, packaging and testing of “High-Speed Lithium Niobate Optical Modulator” including documentation of processes for quality certification (ISO 9001) and flip-chip packaging of narrow-band optical modulators on Lithium Niobate and Ceramic materials. 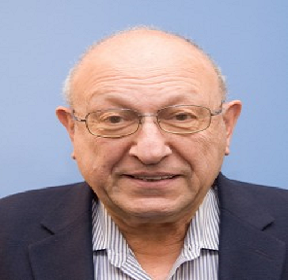 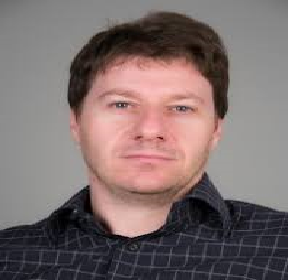 Biography: Silvio Abrate is head of the Applied Photonics RESEARCH division at LINKS Foundation (former Istituto Superiore Mario Boella), a non-for-profit private RESEARCH foundation focused on technology transfer. He his author or co-author of 150 scientific peer-reviewed papers and holds 7 patents in the fields of optical communications and optical sensing. He has coordinated two European Projects in FP7 in the fields of optical access networks, and he currently is coordinator of a H2020 project in the field of mobile applications. 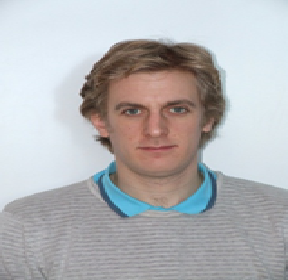 Biography: Ben Puttnam is a senior researcher in the Photonic Network System Laboratory at the National Institute of Information and Communications Technology (NICT) in Tokyo, Japan. He received the MPhys degree in Physics from the University of Manchester (UK) in 2000 and the PhD degree from University College London in 2008. In between he worked as a Switch Design Engineer for T-mobile (UK). After short term visits to NICT, supported by JSPS and the Photonics group at Chalmers University, Göteborg, Sweden supported by the Ericsson research foundation he re-joined NICT in March 2010. His current research interests are applications and sub-systems for SDM transmission and optical signal processing devices