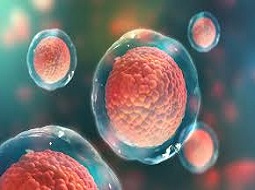 Longdom proffers our immense pleasure and honor in extending you a warm invitation to attend the "International Conference on Stem Cell, Tissue Engineering Regenerative Medicine" to be held during September 29-30,2021 in Rome, Italy. Stem Cells Research 2021 is focusing on the theme"Advancement in Stem Cells Biology" to enhance and explore knowledge among the Medical and Clinical community and to establish corporations and exchanging ideas. Providing the right stage to present stimulating Keynote talks, Plenary Sessions, Poster Presentations, Video Presentations. You can refresh your insights about the current innovations in Stem Cell research and get your name and acknowledgment on this 2-day occasion. 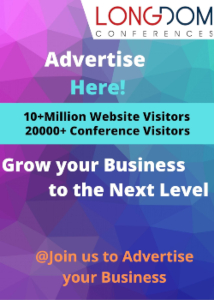 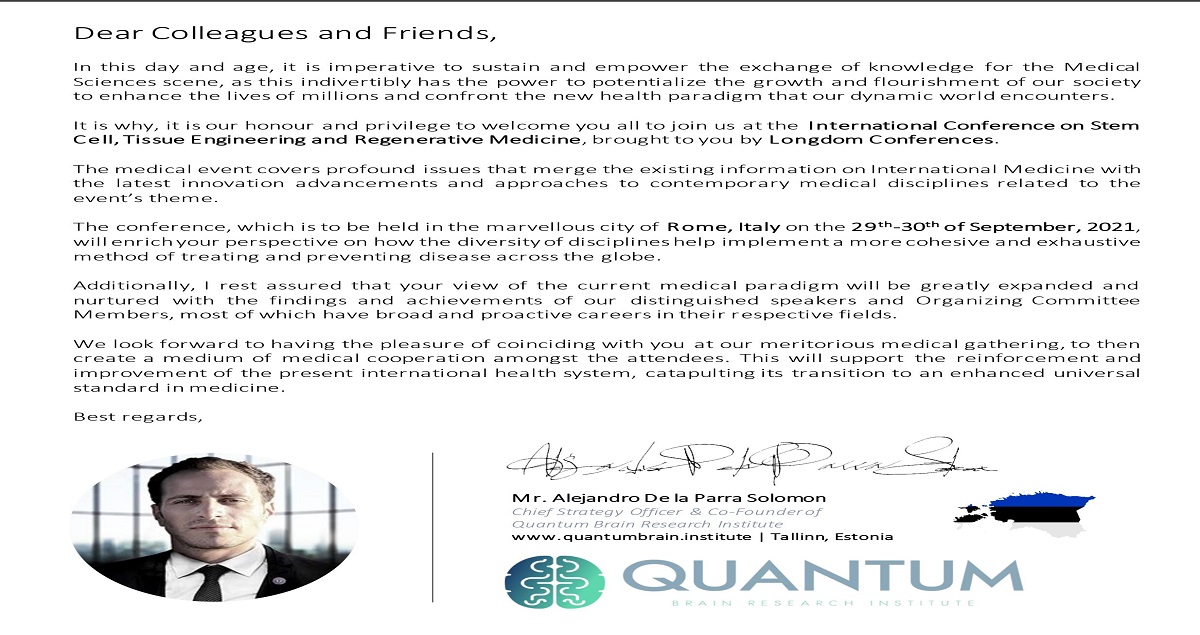 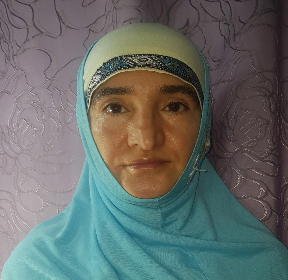 Mahira Amirova, an Assoc. Prof. In Azerbaijan Medical University, 1966. In 1988, graduated Az.Med.University pharmaceutical faculty. In 1988-1993 worked at theme "Atherosclerosis correction by tritherpenoids". PhD in biological science. Nationality: azerbaijani, Is a co-author of 2 books:"Biochemical laboratory classes" and " "Biochemistry laboratory manual and theory and methods", an editor of book "Pathological and clinical biichemistry" An author of teaching aids: "Biichemical mechanism of biotransformation and elimination of xenobiitics" An author of teaching aids: " Biochemical aspects of aging", "Some points in biochemistry and pathobiochemistry of cell", "Role of apoptosis in pathogenesis of certain diseases", "Biochemical aspects of ethanol action and metabolism", An author of annual biochemistry test-books for students of treatment, dental, pharmaceutical faculties, and test-book in clinical biochemistry. An expert in "State Comission for post-graduates" 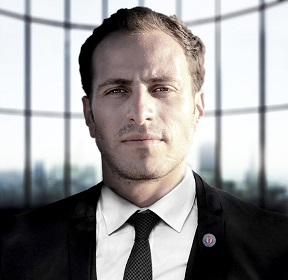 Mr. De la Parra-Solomon is an entrepreneur focused on Information Technology, Education, and Health. He is creative, results-driven, and has 16+ years of Digital Strategy experience in architecture and implementation.

He serves as COO and Co-founding Partner at The Solomon Brokerage Firm. He also leads as Vice President of Digital Strategy at Mass Media Division, while being the CEO of De la Parra Mobile Solutions. He is the former Vice President of Strategy and Operations PetroM Corp and its subdivision PetroM Logistics and PetroM Pharma, the former COO & Co-founder at RegenerAge Clinic & RegenerAge Beauty. Mr. De la Parra-Solomon is the former CEO & Founder at Astrum Salud Móvil and its Telemedicine service Astrum Móvil, former Digital Strategy Director & Co-founder at Dr. Jois, BiorganicAging, What Skin Needs/WSN International Pty. Ltd. He also served as a member of the Board of Advisors and is former Chief Marketing Officer at ReAnima Advanced Biosciences and served as Digital Media Director at Bioquark, Inc. He also served as the Latin America Region Manager and Digital Strategy adviser at CardiacSense and is former CITO & Senior Partner at Cerezo Editores.

Mr. De la Parra-Solomon is also a member of Singularity University and OpenExo. About the organizations that Mr. De la Parra has collaborated with for social impact and empowerment, he is a member of the Laurentia Project and Cerebro Mexico, he serves as an Advisory Board member of the Lifeboat Foundation, as an Advisory Board member of the Future Worlds Center – Cyprus Neuroscience & Technology Institute (Senior TV Program), while also being a Federated Member of the International Longevity Alliance and a member of the Transhumanist Party. He is a voting citizen and is running for Mayor & future Parliamentary Candidate at Asgardia. He served as the Chief Digital Strategy Officer and is Member of the Board of Advisors and an Honorary Member at the Transdisciplinary Agora for Future Discussions, a member of the Web Committee at the Life Extension Advocacy Foundation/Lifespan.io, volunteered with SENS Research Foundation for the OncoSENS Program in Digital Strategy, and acted as Digital Strategy adviser at the Major Mouse Testing Program. He also functioned as the founder and former Board of Directors member of Astrum Fundación and was Digital Strategy Advisor for POKI Ciudad Orgánica. He is also a part of the General Member Board at the National Autism Association, the National Fibromyalgia Association, the International Literacy Association, and the United Spinal Association.

Mr. De la Parra-Solomon’s activities in arts & culture involve being a member of Sociedad de Autores y Compositores de México, while also being a member of the Executive Board at Sociedad Latinoamericana de Ópera. He also served as Digital Strategy Advisor at Xicome Festival. He is a media professional at IMDB, SoundCloud, and ReverbNation and has had activities in the entertainment industry as a music producer, composer & arranger for Televisa with broadcast television, film, radio, and web, receiving international awards with aired content in more than 185 countries. 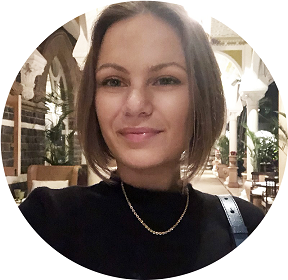 Ms. Susanna Uusmaa is a biomedical scientist with broad expertise in Medical Sciences and in International Business. Holding an MSBS degree, she is result-driven to integrate modern smart technologies into making substantive contributions to the biomedical sector. Having conducted research in neuroscience and oncology and having proudly graduated from Tallinn University of Technology (TALTECH) and Tallinn University School of Natural Sciences and Health, Ms. Uusmaa takes an evidence-based approach to her professional objectives and also to her endeavors as a passionate healthy lifestyle entrepreneur. With a background in biomolecular and medical sciences, she has recently co-founded Quantum Brain Research Institute with the aim of supporting the development of neuroscientific research for neurocritical treatment applications through instructive programs in mental health assessment and management. In collaboration with the Luxembourg Institute of Health and Luxembourg Centre for Systems Biomedicine, she developed a complete standard operating procedure for differentiating and generating fully functional glial cells from induced pluripotent stem cells (iPSCs) in only 30 days. Moreover, she holds over 6 years of hard-working experience in business operations and relationship building in more than 5 countries around the globe, having created and nurtured mutually beneficial partnerships, enhanced workflow efficiency, and contributed to the growth of several initiatives with substantial savings. Ms. Uusmaa’s biomedical undertakings have positioned her as an MSBS to be able to become an active contributor also to the longevity sector and put her expertise into helping people become their best version of themselves with properly validated and ethical practices. She considers herself lucky to be born in the beautiful Northern European city of Tallinn in Estonia, a UNESCO World Heritage treasure of the Baltic Sea, where women’s rights are valued and where cutting-edge technologies are implemented in e-governance and healthcare. Ms. Uusmaa brings strong organizational and unique interpersonal abilities to her scope of action with the ultimate goal of integrating smart and efficient solutions to the biomedical sector and creating awareness of healthy living & healthy aging. 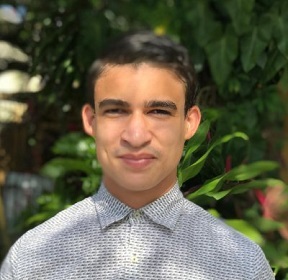 I Am The Creator Of Global Zionist Nemruthism And Towards Moral Sociology: Historical Measurementism. I have done more than fifteen theories and A cure: ALZ, CANCER, TOE. 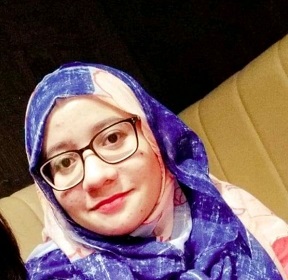 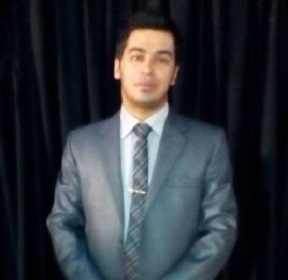 I'm Sherko Nasseri, Ph.D. in molecular medicine. Assistant Professor, from Kurdistan University of Medical Sciences, Iran. During my Ph.D. Thesis, I worked on the generation of Fam83h Knockout Mice by using the CRISPR/Cas9 method. The absence of Fam83h these mice has the scruffy cover, dry eye phenotypes, and also these mice were smaller than the same age normal mice. In continuation of this project, we found that the WNT/B-Catenin pathway decreased. The Fam83h gene has a high expression level in the gastrointestinal tract. Given all that has been said, it brings me a critical question that how the fam83h gene play role in the gastrointestinal tract? 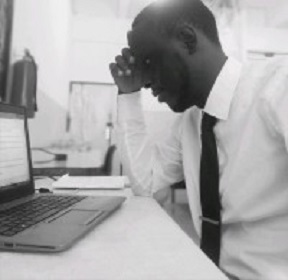 I'm a driven Doctoral Researcher, a Global Health professional with expertise in Infectious diseases & Antimicrobial Stewardship.
A Global Outreach Contributing Member of American Society for Microbiology (ASM) and a member of the African Society for Laboratory Medicine (ASLM).
A diligent and innovative individual with over 7 years of a broad range of unique experiences both with university-based and clinical researchers. Specifically, my previous role as a research assistant working on an internationally-funded one-health based surveillance and in my current role on AMR enteric pathogens enabled me to hone my laboratory, analytical, and data management skills. I am increasingly developing advanced knowledge and transferable research skills.