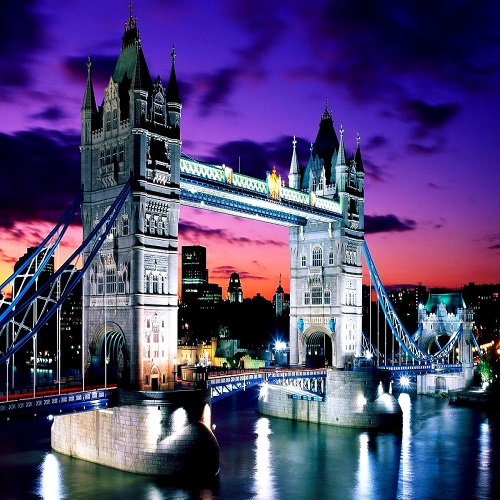 A global city, London is extremely well-connected to the rest of the world by air with daily flights operating to and from hundreds of destinations. London is served by 5 airports with Heathrow, Gatwick and Stansted being the most important ones. About 100 international airlines operate flights in and out of London Heathrow Airport.

Airlines that fly direct to London from India are Air India, British Airways, Virgin Atlantic and Jet Airways. The other options are flying to London with a stopover in Europe (you might need a Transit visa for some countries), the Middle East (Gulf, Emirates, Etihad or Qatar) or Istanbul or Colombo.

UK’s excellent road network links London to other cities in the country. The roads make for a fantastic drive and you can catch glimpses of the beautiful English countryside.

Bus services to several domestic and international destinations operate to and from London at the Victoria Coach Station and other stations. Travelling by bus is a popular option especially for budget travellers.

Being the hub of the British Rail Network, London is served by frequent train services from other cities in the country. London is also well-connected by rail to other cities in Europe such as Paris, Brussels, Berlin, and Amsterdam, among others. The Eurostar high-speed railway service connects London to Paris and Brussels and operates from the St. Pancras International Station.