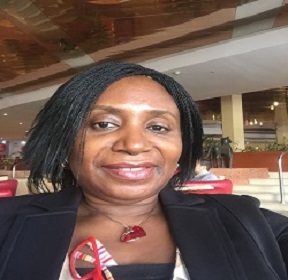 Title: Isolation And Characterization Of Mesophilic And Thermophilic Aerobic Bacteria From Compost

Dr. Machunga-Mambula received her undergraduate degree in Microbiology from The Ahmadu Bello University, Zaria, Nigeria; Masters degree in Medical Microbiology from the University of Lagos, Nigeria and obtained her Ph.D. degree in Medical Microbiology from Manchester University, UK. She did her postdoctoral training at Boston University School of Medicine, USA in the Department of Infectious Diseases where she studied innate immune responses to fungal infections, with numerous scientific publications on Cryptococcus neoformans and Aspergillus fumigatus. Dr. M-Mambula became a faculty member at the Harvard Medical School in the Department of Radiation Oncology where she conducted numerous research projects on prostrate cancer and heat shock protein that resulted in several publications in international journals. It was during her period at the Harvard Medical School due to her interest in the control of infectious diseases in Nigeria that she developed the concept for the Nigerian Center for Disease Control (NCDC) and had it copyrighted at the Nigerian Copyright Commission.