Webinar on Pathology and Laboratory Medicine 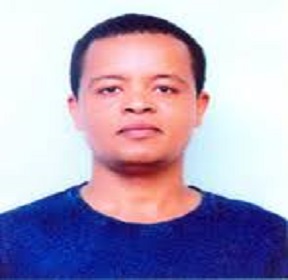 Title: Seroprevalence of Brucellosis, Isolation and Characterization of Brucellaand Identification of the Associated Risk Factors in Small Ruminants at Two Districts of South Omo Zone, Ethiopia

Brucellosis is one of the contagious neglected bacterial diseases of Humans and animals, caused by bacteria of the Genus brucella, and distributed worldwide including Ethiopia. However, there was scarcity of epidemiological data on its occurrence in pastoral areas. A cross-sectional study was conducted from September 2018 to June 2019, to estimate the seroprevalence of brucellosis and isolate Brucella from small ruminants in two randomly selected pastoral districts, out of eight districts in South Omo Zone, Ethiopia.

Feyera Gemeda Dima is in Doctor of Veterinary Medicine in ground. He had done a research (DVM Thesis) on bovine Trypanosomosis in and around Nekemte areas. He is working as a Lecturer for Jimma University with Five Years of work experience. He is a member of International Research organizations and also involved many publications.