Longdom extends our immense pleasure and honor to invite you to attend "Webinar on Interventional Cardiology” scheduled on  August 27, 2021 in London, UK . It is focusing on the theme “Latest Techniques and Strategies in Interventional Cardiology” to enhance and explore knowledge among academics and industry personnel dealing with Preventive Cardiology, Heart failure and its related subjects. Our conference agenda is to present stimulating Keynote talks, plenary sessions, discussion panels, B2B Meetings, poster symposia, young researcher’s forum, video presentations, and workshops.

Interventional Cardiology can be defined as an area of medicine within the subspecialty of flow and pressure in the coronary arteries and chambers of the heart, as well as technical procedures and medications to treat abnormalities that impair the function of the cardiovascular system. It deals specifically with the catheter-based treatment of heart diseases.

Pediatric cardiology deals with diseases of the heart in the growing and developing individual. As well as expertise in heart disease  pediatric cardiologists also need thorough training in general paediatrics, in order to provide all-round patient care. The initial valuation performed by the paediatric cardiologist might start with a physical examination using a stethoscope, after which more detailed investigations may be suggested.

Cardiac-sonography or echocardiography is the use of ultrasound to examine the heart's chambers, walls, valves and vessels. Mostly use of technology such as sophisticated diagnostic ultrasound imaging machines and transducers that use high-frequency sessions to produce dynamic visual images to complete important tasks, such as:

Heart Failure inability of the heart to keep up with the demands on it and, specifically, failure of the heart to pump blood with normal efficiency. When this occurs, the heart is unable to provide adequate blood flow to other organs such as the brain, liver and kidneys. Heart failure may be due to failure of the right or left or both ventricles. The signs and symptoms depend upon which side of the heart is failing. They can include shortness of breath (dyspnea), asthma due to the heart (cardiac asthma), pooling of blood (stasis) in the general body (systemic) circulation or in the liver's (portal) circulation, swelling (edema), blueness or duskiness (cyanosis), and enlargement (hypertrophy) of the heart.

The term heart disease refers to several types of heart conditions, including coronary artery disease and heart attack. Although heart disease is sometimes thought of as a man’s disease, almost as many women as men die each year of heart disease in the United States. Despite increases in awareness over the past decades, only about half (56%) of women recognize that heart disease is their number 1 killer.

Heart disease is the leading cause of death for women in the United States, killing 299,578 women in 2017—or about 1 in every 5 female deaths.

A surgical procedure that is performed to resolve a health concern related to the heart is called a heart surgery or a heart operation. Heart surgery may involve: 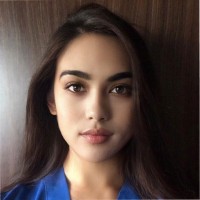 Medical officer in one of the private hospitals

Rupashi Mukhia is a doctor by profession and currently works as a medical officer in one of the private hospitals in Nepal. She holds an MBBS degree from one of the prestigious colleges. She has more than two years of experience in the clinical practice of medicine. She has good research skills and knowledge. She is passionate about medicine and wishes to pursue a residency and fellowship in cardiology.