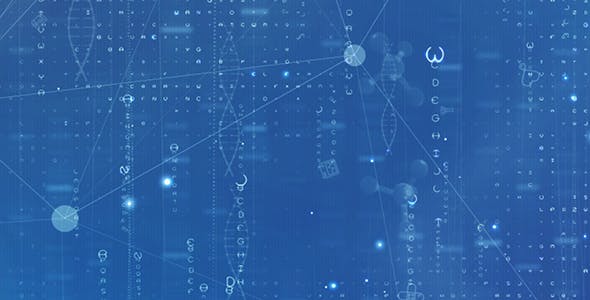 Longdom Conferences extends our immense pleasure and honour to invite you to attend “6th International Webinar on Human Genetics and Genetic Disorder”, scheduled on September 29th, 2021. It is focusing on the theme “Novel approaches to explore in future” to enhance and explore knowledge among academics and industry personnel dealing with drugs, medicine and its related subjects to establish corporations and exchanging ideas and it aims to provide the right stage to present stimulating keynote talks, plenary sessions, discussion panels, poster symposia, young researchers forum, video presentations and workshops.”

Human genetics, study of the inheritance of characteristics by children from parents. Inheritance in humans does not differ in any fundamental way from that in other organisms.

The study of human heredity occupies a central position in genetics. Much of this interest stems from a basic desire to know who humans are and why they are as they are. At a more practical level, an understanding of human heredity is of critical importance in the prediction, diagnosis, and treatment of diseases that have a genetic component. The quest to determine the genetic basis of human health has given rise to the field of medical genetics. In general, medicine has given focus and purpose to human genetics, so the terms medical genetics and human genetics are often considered synonymous.

A genetic disorder is a health problem caused by one or more abnormalities in the genome. It can be caused by a mutation in a single gene (monogenic) or multiple genes (polygenic) or by a chromosomal abnormality. Although polygenic disorders are the most common, the term is mostly used when discussing disorders with a single genetic cause, either in a gene or chromosome.The mutation responsible can occur spontaneously before embryonic development (a de novo mutation), or it can be inherited from two parents who are carriers of a faulty gene (autosomal recessive inheritance) or from a parent with the disorder (autosomal dominant inheritance). When the genetic disorder is inherited from one or both parents, it is also classified as a hereditary disease. Some disorders are caused by a mutation on the X chromosome and have X-linked inheritance. Very few disorders are inherited on the Y chromosome or mitochondrial DNA.

Gene therapy is an experimental technique that uses genes to treat or prevent disease. In the future, this technique may allow doctors to treat a disorder by inserting a gene into a patient’s cells instead of using drugs or surgery. Researchers are testing several approaches to gene therapy, including:

Although gene therapy is a promising treatment option for a number of diseases (including inherited disorders, some types of cancer, and certain viral infections), the technique remains risky and is still under study to make sure that it will be safe and effective. Gene therapy is currently being tested only for diseases that have no other cures.

Developmental genetics is the study of how genes control the growth and development of an organism throughout its life-cycle. The function of genes is to pass on the information necessary to build proteins - and bodies - from one generation to the next. A newly fertilised egg cell has a collection of genes that contains all information needed to transform it from a single cell into an embryo and then an adult. The process that changes a single cell into a new person (or a new frog, or a new oak tree) is called development. During the course of development, complex structures develop from simple ones. A single cell transforms itself into an adult organism.

Cancer is a common disease, and almost every family has a number of members who suffer from cancer. However, this does not generally mean that families have a hereditary predisposition to cancer. The vast majority of cancer cases originate from the combined effect of hereditary as well as external influences, such as environmental and lifestyle factors.

Cancer is not inherited. It is only the genetic defect that can lead to cancer that is inherited, which means that the predisposition to getting cancer, or increased risk, can be inherited. However, this is not common. According to current estimates, only about one in 10 cases of cancer is associated with hereditary predisposition.

Immunity is the ability of an individual to recognize the “self” molecules that make up one’s own body and to distinguish them from such “nonself” molecules as those found in infectious microorganisms and toxins. This process has a prominent genetic component. Knowledge of the genetic and molecular basis of the mammalian immune system has increased in parallel with the explosive advances made in somatic cell and molecular genetics. 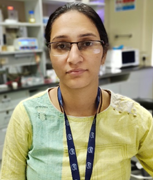 Ritu Dixit did her Ph.D in cardiovascular genetics from Department of Zoology, Banaras Hindu University,  India. She holds a M.Sc in Biotechnology with outstanding performance including merit scholarship (2008-2010) and Junior Research Fellowship (2011-2014) from Department of Biotechnology, Ministry of Science and Technology, Government of India. She has been awarded travel grants (2016) from Indian Council of Medical Research (ICMR) and Department of Science and Technology (DST), New Delhi, India for attending international conferences. She was also awarded with Senior Research Fellowship from ICMR in 2014. She has 8 research articles in peer reviewed journals and 2 book chapters to her credit. She is currently working as a postdoctoral fellow at Brien Holden Eye Research Centre, LVPEI, Hyderabad, India. Her primary research interest is deciphering the molecular genetic basis of human diseases using cutting edge technologies.