Webinar on Fungal Infections and Treatment 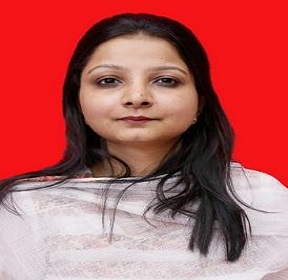 Chronic Pulmonary Aspergillosis (CPA) is pulmonary disease estimated to affect 3 million people world-wide making it an under-recognized, but significant health problem world-wide, which however confers significant morbidity and mortality. The disease is caused by aspergillus species, which can reach respiratory tract by air-borne transmission. Any form of lung injury or illness is predisposing factor for development of CPA, among which most common cause is pulmonary tuberculosis. Such pulmonary injury affects local host defenses enabling aspergillus conidia to germinate within lung. It is crucial to diagnose CPA timely and appropriately to ensure relevant treatment considering similarity of CPA to many other diseases.
Diagnosis of CPA is based on well-established diagnostic criteria , which requires thoracic imaging , direct microbiological evidence of aspergillus infection or an immune response to aspergillus spp .  New laboratory diagnostics have been developed specifically for diagnosing CPA, which need to be evaluated specifically for CPA and utilized for diagnosis.

Ritu Singhal (MD) is working as Senior Specialist and Quality Co-ordinator in Department of Microbiology, Centre of Excellence (WHO) & National Reference Laboratory (NABL accredited ) for Tuberculosis at National Institute of Tuberculosis and Respiratory Disease, New Delhi. She is national level trainer in molecular technologies in TB for SAARC and Union. She has conceptualized many projects with over 32 publications in peer reviewed National and International Journals. She has been awarded Prof. AN Chakrabarty memorial prize for best published paper in IAMM, year 2017, is recipient of outstanding achievement as Fogarty Fellow in 2014. 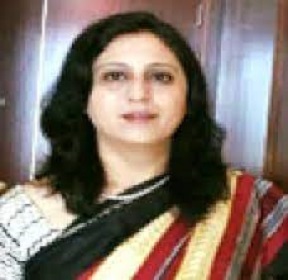 Emergomycosis is a systemic fungal disease caused by thermally dimorphic fungi belonging to the genus Emergomyces, so named because of their recent  emergence worldwide.

Es. pasteurianus, the type species, has been reported from Asia (China and India), Europe (Italy, France, Spain and the Netherlands), and Africa (Uganda and South Africa). Es. africanus has been reported from South Africa and Lesotho. Es. canadensis has been reported from Canada (Saskatchewan) and the United States (Colorado and New Mexico), Es. orientalis from China (Shanxi), and Es. europaeus from Germany.  The cases are diagnosed by microscopy, histopathology of sample and isolation of fungus from skin lesion, bone marrow and sputum etc. The identification of the isolates is confirmed by sequencing internal transcribed spacer region of rDNA, beta-tubulin, actin and intein PRP8. The patients are treated with induction with amphotericin B deoxycholate followed by maintenance therapy with  itraconazole. Few patients have also responded to therapy with posaconazole.

Internal transcribed spacer (ITS) sequencing of ribosomal DNA is the gold standard for identification but its application is jeopardised in resource limited settings. Furthermore,  an affordable, accessible, and feasible diagnostic test is warranted to enable the diagnosis in endemic regions and also for epidemiological surveillance. More scientific inputs are required  to understand the geographic range, ecology, epidemiology and immunopathogenesis, clinical features, diagnostic, therapeutic aspects of this mycoses. It is important for clinicians, histopathologists and microbiologists to be aware of such differences in order to avoid a misdiagnosis, as these fungi may be encountered with increasing frequency.

Malini R Capoor is a Medical Mycologist and is currently a professor in Microbiology, Vardhman Mahaveer Medical College and Safdarjung Hospital, New Delhi, India, with 19 years experience. She teaches Medical Microbiology, Medical Mycology to undergraduate and post graduate students. She has guided and co-guided post graduate students. Her interests are in the field of systemic fungal infections and dimorphic fungi. She has more than 93 publications (53 international) in the field of medical mycology mainly. She is Principal investigator and coinvestigator of projects from  related to medical mycology. She has delivered more than fifty invited lectures in the field of medical mycology in National and international conferences.