Webinar on Bioenergy and Biofuels 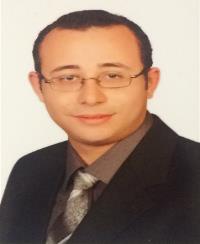 Since the PV system’s output power depends primarily on environmental conditions, in particular irradiation and temperature, the PV system requires a maximum power point tracking (MPPT) controller to maintain the service at the global maxima such that the maximum output power can always be delivered by the PV system. During normal weather conditions, the PV system has only one global maximum, which the MPPT controller tries to follow, whereas the PV system in partial shading has multi-maximum points, local and global peaks. Hence, if the MPPT controller is not sufficiently resilient, the MPPT may struggle to locate the real maximum point and be stuck at a local maximum [3]. In this circumstance, the PV system’s output power would be significantly decreased. Because of the unpredictable activity of solar energy sources, photovoltaic (PV) maximum power point tracking (MPPT) is essential to guarantee the continuous operation of electrical energy generation at optimal power levels. Several works have extensively examined the generation of the maximum power from the PV systems under normal and shading conditions. The fuzzy logic control (FLC) method is one of the effective MPPT techniques, but it needs to be adapted to work in partial shading conditions. The current paper presents the FLC-based on dynamic safety margin (DSM) as an MPPT technique for a PV system to overcome the limitations of FLC in shading conditions. The DSM is a performance index that measures the system state deviation from the normal situation. As a performance index, DSM is used to adapt the FLC controller output to rapidly reach the global maxima of the PV system. The ability of the proposed algorithm and its performance are evaluated using simulation and practical implementation results for single phase grid-connected PV system under normal and partial shading operating conditions.

Mostafa Bakkar  recieved his B.Sc. degree in mechatronics engineering from Alexandria Higher Institute of Engineering and Technology, Alexandria, Egypt in 2008, and his and MSc. degree in electrical and control engineering from Arab Academy for Science, Technology & Maritime Transport, Alexandria, Egypt in 2014. He is currently pursuing the PhD degree at the department of electrical engineering, in Universitat Politècnica de Catalunya, Barcelona, Spain. His research interests include fault diagnosis, power system protection, artificial intelligence applications.

Title: A study on impact of COVID -19 on student’s learning and growing experience

World is facing a massive crisis in learning and education system as the pandemic COVID -19 compel human society to change their life style worldwide. Society is being restricted in various activities which give a halt to the entire education system. To maintain social distancing, society need to cope up with all changes. The impact is very prominent in education sector. There is a suspension of classes in School, college and Universities from March, 2020 till date. To adjust with online mode of education including classes, examination, and internship is a tough challenge. Country like India where people are still deprived of electricity, digitalization is a myth. Students from low-income background, do not have access to internet, or minimum gazettes for online education and interactions are completely suffered. Not only that the overuse of mobile and internet increases the health issues including mental stress in many cases. The lack of face-to-face interactions, deviation from normal life style enhances the abnormalities in personal behaviours. People are here with no choice till the pandemic is over. Students need to adjust with the new normal lifestyle but there is a need for qualities, and some fruitful suggestions and alternatives should be generated to overcome this learning crisis.

Tanya Gupta is a researcher by profession graduated from University of Calcutta holding a B.Sc. in Botany (Honours). She had completed her master of science in the subject of environmental sciences from University of Calcutta. Her M.Sc dissertation is completed from the dept. of civil engineering on the topic “Analysis of measured fine aerosol species in a semi-urban atmosphere, Kharagpur” from Indian Institute of Technology Kharagpur.