2nd Webinar on Microbiology and its Applications

2nd Webinar on Microbiology and its Applications

Longdom Conferences extends immense pleasure and honor by inviting you to attend “2nd Webinar on Microbiology and its Applications” scheduled for December 22, 2020. Microbiology Conference will be focusing on the theme “Impact of Microbiology for a Better Future” to enhance and explore knowledge among academicians and industry personnel. The detailed agenda of Applied Microbes 2020 will have keynote presentations, plenary sessions, oral sessions, panel discussions, posters presentations,  and a young researchers forum.

Microbiology is the study of microscopic organisms, those being unicellular, multicellular, or acellular. This discipline includes fundamental research on the biochemistry, physiology, cell biology, ecology, evolution, and clinical aspects of microorganisms, including the host response to these agents. Microbiology encompasses numerous sub-disciplines including virology, bacteriology, protistology, mycology, immunology, and parasitology.

Microbiology and its Applications

1. It provides us with information about different types of microorganisms enabling us to understand their structure and functions; identifications and differentiation; their classifications; nomenclatures (naming), requirements regarding their nutrition; their isolation and purification; as plant and human pathogens; to derive phylogenetic relationships (relationships according to developmental stages in the evolution of an organism) and to understand the origin of life itself.

2. Microorganisms as food: Besides comestible fungi like mushrooms, microorganisms are also being used as single-cell protein in the form of yeasts, bacteria, cyanobacteria, fungi as human food or animal feed. The production of the algal microbes as Chlorella (green alga and Spirulina (cyanobacterium) are being produced in Japan, Taiwan, Mexico, Israel, Thailand, and America. Production of cellulose or lignocellulose utilizing microorganisms serves as human food as such or in the form of their products. Microbial products are also used as animal feed.

5. Fermented meats and fermented fish are used in different parts of the world due to their increased retentivity, otherwise the meats and fish are highly perishable

8. Microbial diseases: Microorganisms are the causative agents of a large number of diseases which have been described under a separate chapter.

10. Energy from microbial sources: Several substrates can be used as a source of energy as biogas from methanogenic microorganisms. Microbes like Methanobacterium and Methanococcus can utilize CO2 as an electron acceptor finally producing methane. A new species of Methanobacterium, i.e., M. cladogenesis strain 23 has been evolved in Japan for faster production of methane. Ethanol can also be used for the production of gasohol by mixing 80 percent gasoline and 20 percent ethanol.

11. Degradation of cellulose and lignin: Trichoderina reesei can be used to degrade cellulose since it produces extracellular cellulase. The white-rot fungus Sporotrichum pulverulent is a cellulase negative organism but a mutant of it has been prepared which can degrade kraft and wood lignocellulose actively. It has been possible to produce biological pulp without any chemical treatment for delignification.

12. Mining and extraction of metals: Thiobacillus ferrooxidans and combination of Leptospirillum ferroxidase and Thiobacillus organoparpus can be used to degrade pyrite (FeS2) and chalcopyrite (CuFeS2). The archaeal species Sulfolobus acidocaldarius and S. brierlevi are capable of oxidizing sulfur and iron for energy depending on C02 or other simple organic compounds for carbon. The pyrite and chalcopyrite are also degraded by these archaebacterial species.

13. Recombinant DNA and genetic recombination: Recombinant DNA is a wonderful product of genetic engineering, i.e., manufacturing and manipulating genetic material in vitro. The process of joining DNA from different sources is genetic recombination. A large number of restriction enzymes/restriction endonucleases have been obtained from various microorganisms that can cut or cleave double-stranded DNA leaving staggered ends.

14. Hybridoma and preparation of monoclonal antibodies: Hybridoma is a cell made by fusing an antibody-producing B-cell with a cancer cell. The resulting hybrid myeloma or hybridoma cells have properties of both parent cells immortality and the ability to secrete large amounts of a single specific type of antibody. This was discovered by Kohler.

15. Harvesting DNA biotechnology for public health engineering programs: Such programs include the production of interferon which is an antiviral protein produced by certain animal cells in response to a viral infection, production of human insulin production of somatotropin a human growth hormone and production of a large number of other hormones and vaccines. The vaccines for cholera, diphtheria, tetanus, pertussis, viral hepatitis type A, type B, influenza, mumps, measles (rubella) plague, poliomyelitis, rabies, rubella, typhoid, typhus, and yellow fever have been developed so far.

16. Microbial technology of nitrogen fixation exploiting symbiotic microorganisms in association with lower or higher plants and a symbiotic or nonsymbiotic (by nitrogen-fixing microorganisms independently). Detailed information is covered under a separate chapter on ‘biofertilizers’. In nature, in legume root nodules a red pigment containing a protein called leghaemoglobin is involved in the process of nitrogen fixation. The key enzyme responsible for the biological conversion of molecular nitrogen to ammonia is nitrogenase.

17. Making faster and smarter computers: The Archaeobacterium Halobacterium halobium grows in nature in solar evaporation ponds having a high concentration of salts. Such salty ponds are found around San Francisco Bay located on the Western Coast of the USA. It has been found that the plasma membrane of Halobacterium halobium fragments into two fractions when the cell is broken down. These two fractions are red and purple. The purple fraction is important in making computer parts (chips). The purple color is due to a protein that is 75% of the purple membrane and has been referred to as bacteriorhodopsin. Robert Birge at Syracuse University’s Centre of Molecular Electronics has grown Halobacterium halobium in 5-liter batches and has extracted the protein bacteriorhodopsin from the cells and developed the computer chips which are made up of a thin layer of bacteriorhodopsin. The chips so made from the bacterial source can store more information than the conventional silicon chips and process the information faster more like a human brain. The only drawback is that one needs to store the protein chips at -4°C. But Birge believes that this problem will be overcome soon.

Developing countries increasingly see biotechnology as an avenue to improving the quality of life of their residents. Wonderful things are being predicted, and a capability is building to assure developing countries that they will benefit from the biotechnology revolution, and not become its victims (van Hemertet al. 1983). Outstanding in this regard, despite legal and other problems, is the establishment, by the United Nations Industrial and Development Organization (UNIDO), of twin International Centres for Genetic Engineering and Biotechnology (ICGEB). The centers are under the guidance of a panel of eminent scientific advisors that includes four Nobel Laureates. This panel thinks that excellence and not nationality will be the basis for the selection of directors and senior scientific staff for the centers. One center is planned for New Delhi, India, and its clone will be built in Trieste, Italy. Their proposed programs are based on the assumption that three years will be required to bring the centers to full operating capacity. In the fourth year, it is expected that 31 scientists, 20 postdoctoral fellows, and 30 technicians will be working at each location. The Indian facility will focus on agricultural biotechnology and animal and human health, whereas research at Trieste will concentrate on industrial applications of biotechnology. At both locations, programs will be relevant to problems of developing nations, they will not duplicate programs at other institutions, and to the greatest extent possible, they will be result-orientated. A biophysicist, Dr. Burke Zimmerman, has been appointed Acting Director of the center's projects. He has been a consultant to biotechnology firms and the United States Congress as well as a special assistant to the Director of the National Institutes of Health. He is experienced in policy-making on a broad spectrum of scientific and environmental issues, and his recent bookBiofuture: Confronting the Genetic Era, Dr. Zimmerman (1984) wrote, “The next decade will witness many efforts to extend biotechnology to all corners of the world. Idealism, however, must be coupled with a keen sense of the real problems which now confront developing countries, whether economic, educational, political, or ideological. Some countries are torn by war at present; many others are in the midst of severe economic crisis. It would be too much to expect these endeavors to proceed smoothly and logically, governed by vision. Instead, biotechnology is likely to come slowly to the areas of the world which need it most, through trial, error, and muddling along, through the sustained efforts of dedicated men and women, but, in time, changing the way the world lives.” 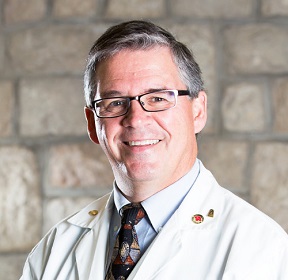 Dr. J.M. Blondeau is Head of Clinical Microbiology at Royal University Hospital and the University of Saskatchewan and Provincial Lead for Clinical Microbiology with the Saskatchewan Health Authority.  To date, he has published 180 manuscripts and more than 250 abstracts at international meetings.  He is the Editor-In-Chief for the journal Expert Review on Respiratory Medicine. 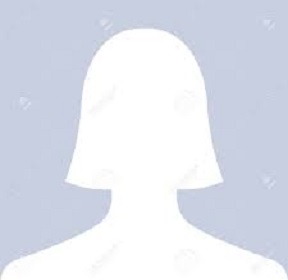 Suad Algarni was working as a visitor at the National Center for Toxicological Research (NCTR), Jefferson, AR, US. She is a doctoral candidate through the University of Arkansas under the supervision of Dr. Steven Foley in a research project to understand the impact of the exposure of the antibiotics such as chloramphenicol and tetracycline on the ability to transfer antimicrobial resistance in Salmonella. Some of these data studies have contributed to an abstract that has been accepted and presented at the Antimicrobial Resistance in Animals and the Environment conference in France, where Suad is one of the authors of the abstract. This approach should allow for more focused efforts are ongoing to develop tools to better understand the factors that drive the dissemination of plasmids and potentially can lead to the transfer of resistance within the GI microbiome. 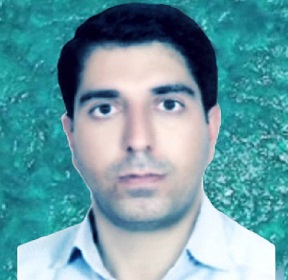 Shahram Bagherabadi is currently a research assistant at Kermanshah University of Medical Sciences (Dr. Mohammad Kermanshahi Hospital). It is currently working on identifying antibiotic resistance and preventing infections. He is interested in passing a Ph.D. course and working on genomes, cloning, and fast and innovative identification methods. 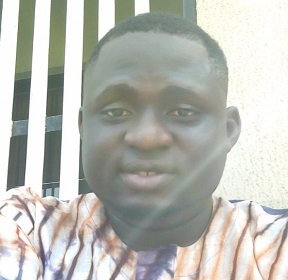