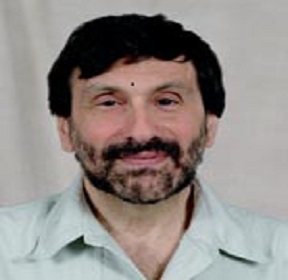 Title: The mistaken belief that fomites play a significant role in transmission of respiratory viruses

For many decades, the scientific community has considered fomites (inanimate surfaces and objects) as significant vehicles for transmission of respiratory viruses. This presumption was the conventional wisdom when the COVID-19 pandemic began, and public health guidance led to a great deal of effort and expense in disinfecting fomites in public places as well as in private settings, including mail, packages, and products bought in stores, such as grocery stores. The scientific basis for this presumption for SARS-CoV-2 as well as almost all other respiratory viruses was the environmental survival of viable viruses on surfaces monitored over a period of time following inoculation of the surface. In July 2020, I published a Comment in Lancet Infectious Diseases challenging this presumption. The title of the Comment was "Exaggerated risk of transmission of COVID-19 by fomites". The crux of the argument was that the concentrations of virus used was way too high in experiments showing long survival of the virus on surfaces. Since the virus decays with a defined half-life, the more you start with, the more half-lives you have to go through before reaching an endpoint of less than one infectious virus particle on the surface. In other words, the experiments that were the basis for concern about fomite transmission of COVID-19 were unrelated to real-world conditions. It turns out to be even worse than I originally thought. Experiments from my lab recently published in Applied and Environmental Microbiology show that an enveloped virus, bacteriophage Phi6, protects itself from environmental decay at higher virus concentrations. Phi6 has been suggested for use as a non-pathogenic surrogate for SARS-CoV-2, which is also an enveloped virus. Therefore, the design flaw in experiments measuring surface survival of SARS-CoV-2 is not just that too much inoculum requires more half-lives to go through – the larger inoculums extend the half-lives as well. Results published in 2005 with the original SARSCoV- 1 confirm that larger inoculums extend environmental half-lives of the virus. The Lancet ID Comment was picked up by the press. A columnist from the Atlantic coined the term "hygiene theater" in an interview about the Lancet ID Comment. Other research corroborated the assertions in the Comment, and Nature posted an editorial citing the Lancet ID Comment, calling on Public Health agencies to emphasize aerosols and stop warning about fomites. Several months later, the United States CDC did just that, estimating the chance of transmission by fomites as less than 1 in 10,000. The lessons we have learned in the battles over COVID-19 transmission inform the direction the field should take when considering the transmission of other respiratory viruses. In almost all cases, the evidence supporting fomite transmission is based on the same kinds of artifactual experiments. A seminal paper almost 35 years ago demonstrated that rhinoviruses, the major cause of the common cold, are at least to a first approximation entirely transmitted by air and not fomites, a paper often overlooked in contemporary publications. Nevertheless, publications continue to appear promoting fomite transmission as a risk for SARS-CoV-2 and other respiratory viruses. This lecture describes why these publications should not raise concern over the possibility of fomite transmission in the real world.

Emanuel Goldman graduated with honors from the Bronx High School of Science in 1962, received a B.A. cum laude from Brandeis University in 1966, where he was a chemistry major, and he completed his Ph.D. in Biochemistry at M.I.T. in 1972. He did postdoctoral research at Harvard Medical School and at the University of California, Irvine, before joining the faculty of New Jersey Medical School in 1979, where he rose through the ranks to Professor in 1993. Among his awards and honors, he was a Damon Runyon Fellow, A Lievre Senior Fellow of the California Division- American Cancer Society, and a recipient of a Research Career Development Award from the National Cancer Institute. Among his service activities, he was an officer and organizer of the NY-NJ Molecular Biology Club, served as a full member of an American Cancer Society Study Section, and continues to serve on the editorial boards of "Protein Expression and Purification", and "Applied and Environmental Microbiology". He was also twice elected by his colleagues to serve as President of the university chapter of the American Association of University Professors, and he was elected to serve as Vice President and subsequently President of the Faculty Organization of NJMS. He published a Comment in the Lancet in July 2020 that began the process of reversing the mistaken belief that COVID-19 was transmitted from surfaces. 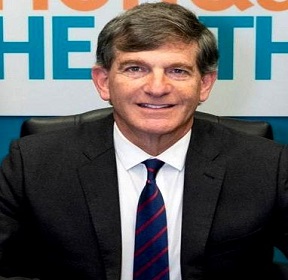 Title: Health Care Providers are Now the Frontline for COVID-19 Response: Are We Ready?

The COVID-19 pandemic continues to evolve as the virus mutates to more contagious forms. With the new waves of new variants and continuing federal effort to address COVID-19, the pandemic response is shifting to state and local levels. We all need to recognize that health care providers are and will be playing an increasingly important role in COVID-19 control and treatment.  Measures to fight COVID-19 are widely available to healthcare providers, including tests, vaccines, monoclonal antibodies, and antiviral medications.  Our challenge is to help practitioners take advantage of the ample tools and guidance available to fight COVID-19.  Health care providers can prescribe anit-viral agents. Health care providers can offer protective monoclonal antibodies to immunocompromised patients. Health care providers can register as COVID-19 vaccine providers. It is recognized that the medical community has endured much during this pandemic. It is also recognized that we can continue to step up.

Rivkees is a Professor of the Practice of Health Services, Policy, and Practice in the School of Public Health. He served as Florida's State Surgeon General and Secretary of Health from 2019 to 2021. Before moving to Florida, he served as a professor of pediatrics with tenure at Yale University. Dr. Rivkees has had more than 35 years of continuous research funding from the National Institutes of Health. He was responsible for the safety alert on liver toxicity caused by the antithyroid drug propylthiouracil. This led to major international treatment practice changes. 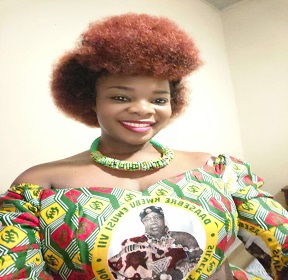 Workers in coal-fired power stations engage in a range of work tasks or processes which may involve handling or exposure to respirable dust, including coal dust or coal fly ash. Recent studies have shown that crystalline silica exposure remains one of the detrimental concerns in mining, construction and general industry. A quantitative study was conducted to determine employee’s level of exposure to respirable crystalline silica at a coal fired power station in Mpumalanga Province, South Africa. A total of 34 employees participated in the study. The study revealed that the male employees were most predominant in the coal handling plant as compared to the females. 81.2% (n=27) of the respondents were found to be males while 18.8% (n=7) were found to be females. The study determined the mean exposure value of 0.969 mg/m3 for respirable coal dust which was found to be below the recommended occupational exposure limit (OEL) of 2 mg/m3 as set by the Department of Labour (DoL). While the study determined the mean exposure value for crystalline silica as 0.184 mg/m3 which was found to exceed the recommended OEL of 0.1 mg/m3 as indicated by the DoL. Results from this study confirms occupational exposure to crystalline silica, which is a well-established hazard in mining, therefore, use of personal protective equipment should be recommended.
Keywords: occupational exposure, crystalline silica, coal dust, exposure levels.

Martha is a registered EHP with the Health Professions Council of South Africa. She is a holder of a Bachelor of Science Degree in Environmental Health. She also have an MBA in Environmental and Energy Management from Twente University. She completed an Honors in Leadership at the University of Johannesburg. She is currently registered for a PhD in Public Health at Witwatersrand University focusing on Occupational Health injuries. She was involved in the creation and content development on the online Master of Public Health at the University of Johannesburg. Currently she is an Online Facilitator on the Sample Abstract Template Master of Public Health at the University of Johannesburg. She has been an Adjunct lecturer at the Witwatersrand University and MANCOSA for more than three years. She has published papers on occupational and environmental health in internationally accredited journals. She has supervised more than 16 Masters Students to completion in her career. Her niche area of research is occupational and environmental health. She also involved with research that is focusing on how artificial intelligence is impacting occupational and environmental health. She was recently recognized as one of the top fifty influential women in Science, Technology, Engineering, and Mathematics (STEM) in South Africa for her contribution in the subject matter. 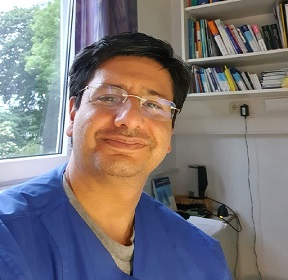 A meta-analysis of studies published in the 1990s calculated the incidence of VAP (ventilator-associated pneumonia), which is equivalent to 16.5 cases per 1,000 patient days. Attributable mortality due to VAP was estimated to be 20-40%, although the range in different studies was very broad. Healthcare costs related to VAP seem to be remarkable in particular with regard to multidrug-resistant pathogens. VAP is an infection frequently caused by Pseudomonas aeruginosa, Haemophilus spp., and Klebsiella spp. or by Staphylococcus aureus. Anaerobes are a rare cause of VAP. Patients with COPD GOLD D and massive Emphysema, who undergo a Lung Volume Reduction Surgery by prolonged Weaning and long-term treatment on intensive care units, after a quantitative-based Lung Computertomographie to prevent VIDD need an intensive and efficient secrtlytic additionally to bronchoscopy by presenting bronchospasms at the same time. On our Respiratory Intensive Care Unit, we use a Dymedso Frequenzer with sound wave (45 Hz) from the company inspiration medical four times daily in combination with six times deeply bronchodilatativ Aeronep Inhalation from the company Aerogen to reach a 17% lung disposition in compared to 3% by conventional nebulizer. We optimize this by an LALMA/LABA fix combination (Glycopyrroniumbromid/Formoterol) via tracheal cannula from the company AstraZeneca with AEROSPHERE Delivery Technology. Active ingredient particles are connected on aerodynamic Phospholipid particles, which are a natural carrier substance and a component of lung surfactant. Previous studies with health persons could show lung disposition of 38%. The safety and efficiency were demonstrated in phase 3 study PINNACLE 1 and 2 and long-term data of safety and effectiveness in PINNACLE 3.

M Lavae-Mokhtari is a consultant in the Respiratory Intensive Care Unit in General Hospital Ibbenburen in Germany since 2013. He has seven publications, 17 national and international poster publications, one book publication, and three scientific international and one national oral presentation. He has 152 citations and a 17.48 RG Score by research gate. He is a member of the German Respiratory Society, Section Intensive-Care and Ventilation Medicine, European Respiratory Society, Section Intensive-Care and Ventilation Medicine, and Section Thorax oncology and German Interdisciplinary Society of Outpatient Ventilation.