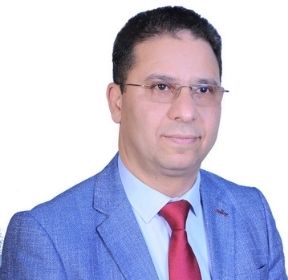 Title: Assessment Of Antihyperglycemic Effect And Acute Toxicity Of The Aqueous Scorzonera Undulata Extract In Rats

The current study was carried out in order to assess the antihyperglycemic effect of Scorzonera undulata (S. undulata). Backgroud: Scorzonera undulata subsp. deliciosa (DC.) Maire is used in the Moroccan pharmacopeia for managing diabetes. Objective: The objective of the study was to evaluate the anithyperglycemic activity in normal and streptozotocin (STZ)- induced diabetic rats as well as the acute toxicity of the aqueous extract of the roots of Scorzonera undulata (S. undulata). Methods: This study investigated the effects of the root aqueous extract of Scorzonera undulata (AERSU) at a dose of 20 mg/kg on blood glucose levels in normal and streptozotocin(STZ)-induced diabetic rats and the acute toxicity of AERSU was examined. Histopathological examination, preliminary phytochemical investigation, determination of glycogen content and evaluation of α-amylase were also performed. Results: Both single and repeated oral doses of AERSU (20 mg/kg) produced a significant reduction of blood glucose levels in normal and diabetic rats. Furthermore, repeated oral administration of AERSU during 15 days increased the glycogen content in the liver in both normal and diabetic rats, inhibited α-amylase activity and improved the histological architecture of the liver and pancreas in treated diabetic rats and ameliorated some biochemical parameters such as ALT and AST. In addition, the preliminary phytochemical investigation showed the richness of the roots of S. undulata in certain phytochemicals particularly in polyphenols. Conclusion: AERSU exhibits an evident antihyperglycemic activity. This pharmacological effect may be due at least to protection of surviving pancreatic β cells, to the protection of hepatocytes, to α-amylase inhibitory effect and to the improvement of glycogen storage in the liver. The dose used in this study seems to be free of any toxicity.

Mohamed Eddouks is Professor at Moulay Ismail University, Faculty of Sciences and Techniques Errachidia, Morocco. He is a researcher in Physiology and Pharmacology with a Master Degree in Metabolic and Molecular Endocrinology from University of Paris 6, a specialized certificate in Endocrine Pharmacology from University of Paris 7 and PhD degrees in Physiology and Pharmacology from University of Liege, Belgium and Sidi Mohammed Ben Abdellah University, Fez, Morocco. After his post-doctoral fellowship at Department of Physiology, Faculty of Medicine of Montreal, Canada, he is working for the last 20 years on medicinal plants. His contribution to this field includes four international books, 5 special issues in Evidence-Based Complementary and Alternative Medicine and more than 100 indexed peer-reviewed articles and 20 book chapters of international repute. He served as Guest Editor and Member of Editorial Board of several international journals. He has been honored with the first Prize of Scientific Research in 2008 by the Moroccan Association of Research and Development and the first Prize of the Federation of Arab Scientific Councils in 2016. He has been classified among the best third Moroccan researchers in the field of Life Sciences and Pharmaceutical Sciences by the National Center of Scientific Research and Technology, Morocco for his scientific contribution. He has been the founding Dean of Polydisciplinary Faculty of Errachidia from 2008 to 2012. 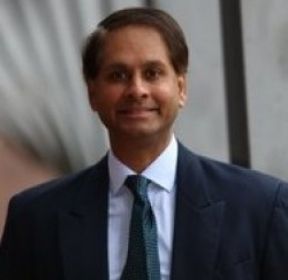 High fat diets and sedentary lifestyles are becoming major concerns for Western countries. They have led to a growing incidence of obesity, dyslipidemia, high blood pressure, and a condition known as the insulin-resistance syndrome or metabolic syndrome. These health conditions are well known to develop along with, or be precursors to atherosclerosis, cardiovascular disease, and diabetes. Recent studies have found that most of these disorders can also be linked to an increased risk of Alzheimer's disease (AD). To complicate matters, possession of one or more apolipoprotein E epsilon4 (APOE epsilon4) alleles further increases the risk or severity of many of these conditions, including AD. ApoE has roles in cholesterol metabolism and Abeta clearance, both of which are thought to be significant in AD pathogenesis. The apparent inadequacies of ApoE epsilon4 in these roles may explain the increased risk of AD in subjects carrying one or more APOE epsilon4 alleles. This review describes some of the physiological and biochemical changes that the above conditions cause, and how they are related to the risk of AD. A diversity of topics is covered, including cholesterol metabolism, glucose regulation, diabetes, insulin, ApoE function, amyloid precursor protein metabolism, and in particular their relevance to AD. It can be seen that abnormal lipid, cholesterol and glucose metabolism are consistently indicated as central in the pathophysiology, and possibly the pathogenesis of AD. As diagnosis of mild cognitive impairment and early AD are becoming more reliable, and as evidence is accumulating that health conditions such as diabetes, obesity, and coronary artery disease are risk factors for AD, appropriate changes to diets and lifestyles will likely reduce AD risk, and also improve the prognosis for people already suffering from such conditions. 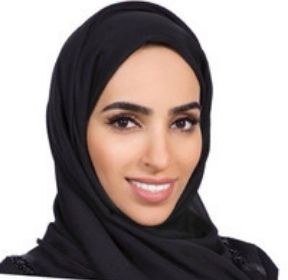 Fatema Al-rashed, Ph.D, is a post-doc researcher at the immunology unit of dasman diabetes institute in Kuwait.  She hold a B.Sc in Microbiology with immunology from Leeds University , and both MRes and a Ph.D in biomedical science from Glasgow and Nottingham University, respectively . From 2005 to 2010 she worked as medical technician at the immunology unit of Mubarak al Kabeer hospital, Kuwait. And after obtaining her Ph.D in 2016 she decided to switch to research were here research interests span both lipotoxicity and para-inflammation. Much of her work has been on improving the understanding, design, and performance of lipid metabolism, mainly through controlling bioactive lipids and the manipulation of nuclear factors regulators. Before joining Dasman diabetes institute, her research examined the impact of phycology on insulin sensitivity. After joining Dasman diabetes instituete, her work has focused on the impact of obesity in obesity and diabetes related inflammation. She has explored the effect of bioactive lipids in obesity induced inflammation. In 2017 she received L'OréalUNESCO For Women in Science award, for her research on the effect of lipid metabolites in monocytic lipotoxicity and inflammatory responses. 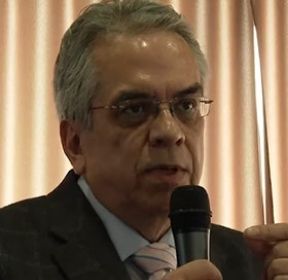 Title: Treatment Of Diabetic Retinopathy With Medical Enhancement Of The Unsuspected Intrinsic Property Of Melanin To Dissociates The Water Molecule

Arturo Solís Herrera, has been Graduated from Institute Polytechnic Nacional, from CDMX, in 1978 as Medicine Doctor, with the specialties including Ophthalmology, in the National University of Mexico, and Neuro-Ophthalmology, at INNN, México. Later on he obtained his Master Science Degree from University of Aguascalientes, México, and thereafter a PhD in Pharmacology, Universidad de Guadalajara, México. Dr. Solís Herrera is director and founder of Human Photosynthesis® Research Center, in Ags., México, in 2007; where he has continued his research until today.
[email protected]
[email protected]
[email protected]
Speakers Interview